The purpose of this thesis is to create a webservice to evaluate the performance of queuing network models described, or rather modeled, in the "PMIF" language (PMIF: Performance Model Interchange Format), an XML formalism to describe queueing networks, through the use of some commercial and public domain tools, which implement algorithms typical of queuing theory. This thesis aims to demonstrate how the webservice can be used to facilitate the sharing of tools and algorithms for the analysis of models in queuing networks via the web (Remote Execution), without the need to have local (User PC) availability of the software tools executables. (PDF ITA)

If you want to have the "Weasel" source code to install your own copy of the webservice, please contact Professor at University of L'Aquila SEALAB Quality Group at DISIM Department to establish the terms and conditions of use of the source code and to have the dowload link.

How to display a queueing network model using the PMIF 2.0 modeling language and the weasel webservice

We would like to talk about a new feature implemented in the Linux version of the web service "Weasel", that Is the ability to generate an image depicting the "PMIF 2.0" queueing network model. We have extended the class implementing the web service with a new method named "ToImage".
The new method have the following syntax:


In the following images we show some output example. The first one show the PNG output without extended options set:

In the second one we set workload extended parameter to true to obtain the graph of workloads path: 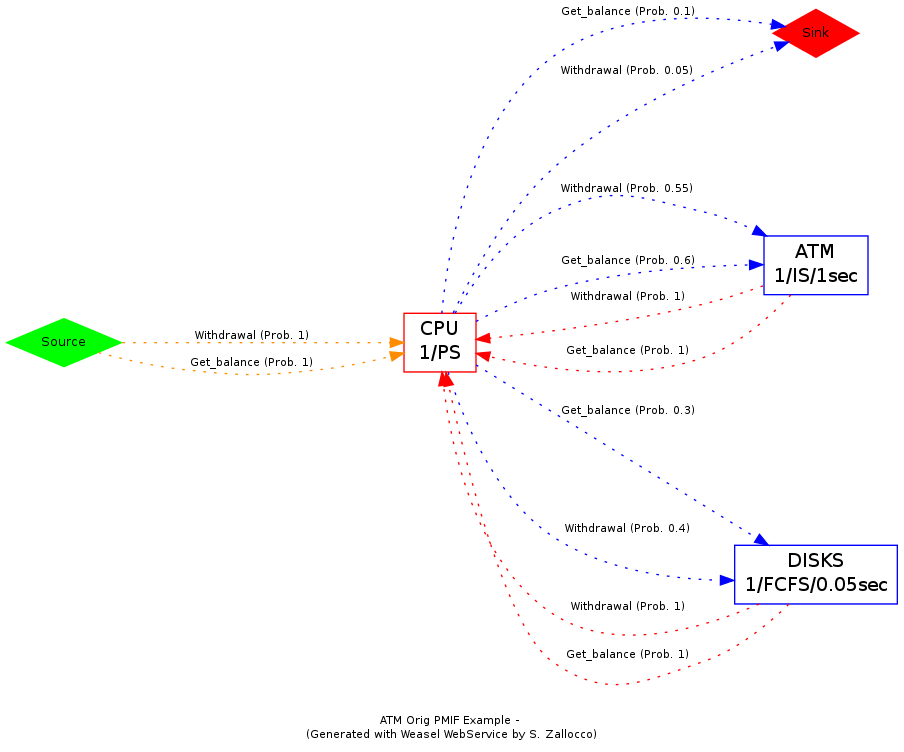 Thats all! if you want to try it yourself follow this link and enjoy the magic.